Amid a fraught relationship between South Korea and Japan, seven students from the two countries spent the summer together -- cooking, relaxing in front of the TV, and yes, trying to hash out their countries' political differences while deepening their understanding of each other.

The undertaking, involving four Japanese studying in South Korea and three South Koreans who can speak Japanese, took place over two months at an apartment in Seoul as part of a program called "Korea-Japan Exchange Share House." What they shared was a desire for the neighboring countries to improve ties.

"It was an unforgettable summer vacation," 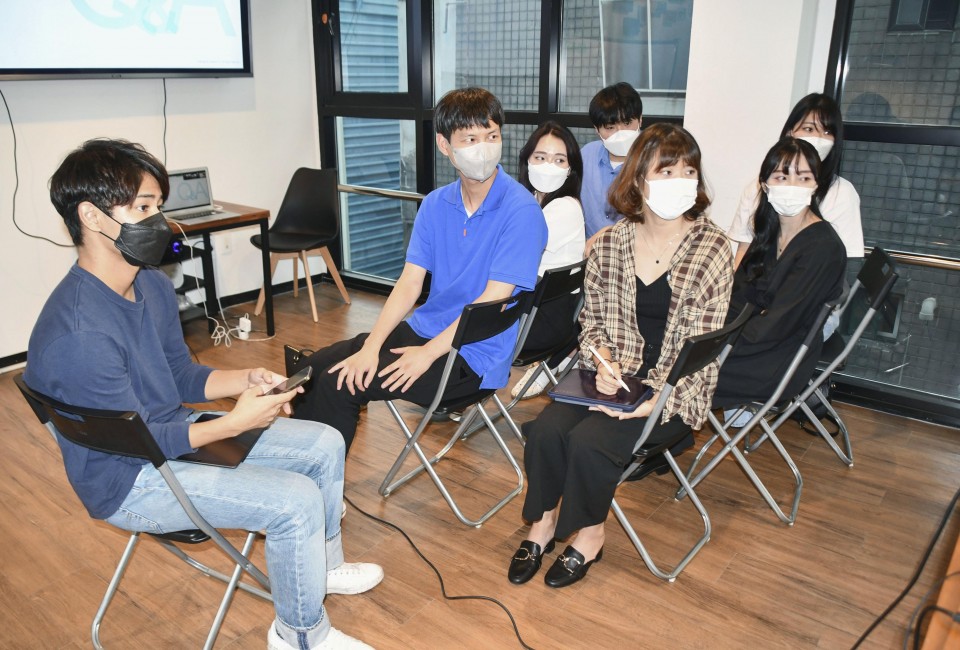 Students, including Yoshiki Goya (far L) and Shin Yoon Cheol (2nd from L), who participated in the "Korea-Japan Exchange Share House" program, gather to talk with their housemates in August 2021. (Kyodo)

said Shin Yoon Cheol, a 25-year-old South Korean student, as he recalled his experiences with his housemates.

To Shin, Japan has always been close to home, as he grew up reading Japanese manga such as the basketball-themed "Slam Dunk" and is a big fan of major leaguer Shohei Ohtani, a Japanese baseball star who plays for the Los Angeles Angels.

The program was planned by organizations including Korec, a group that helps South Koreans land jobs in Japan. The seven participants made it a rule to speak only Japanese or Korean each day to polish their language skills.

Soft-spoken and with a habit of clasping his hands together when talking, Shin was given the nickname "Buddha" by his housemates. He said he got closer to the four Japanese by sharing time watching matchups between Japanese and South Korean competitors during the Tokyo Olympics and by showing off his culinary skills in the kitchen.

"Of course we had an enjoyable time playing around together but we also debated about Dokdo and issues over 'comfort women', among others things," Shin said, referring to a territorial dispute over a group of islets in the Sea of Japan controlled by South Korea that Japan calls Takeshima and South Korean women who were forced to work at Japanese military brothels during World War II.

Long-standing bilateral issues related to wartime history, also including demands by South Koreans for compensation for forced labor, have strained ties between Seoul and Tokyo and affected how the peoples of the two countries view each other. 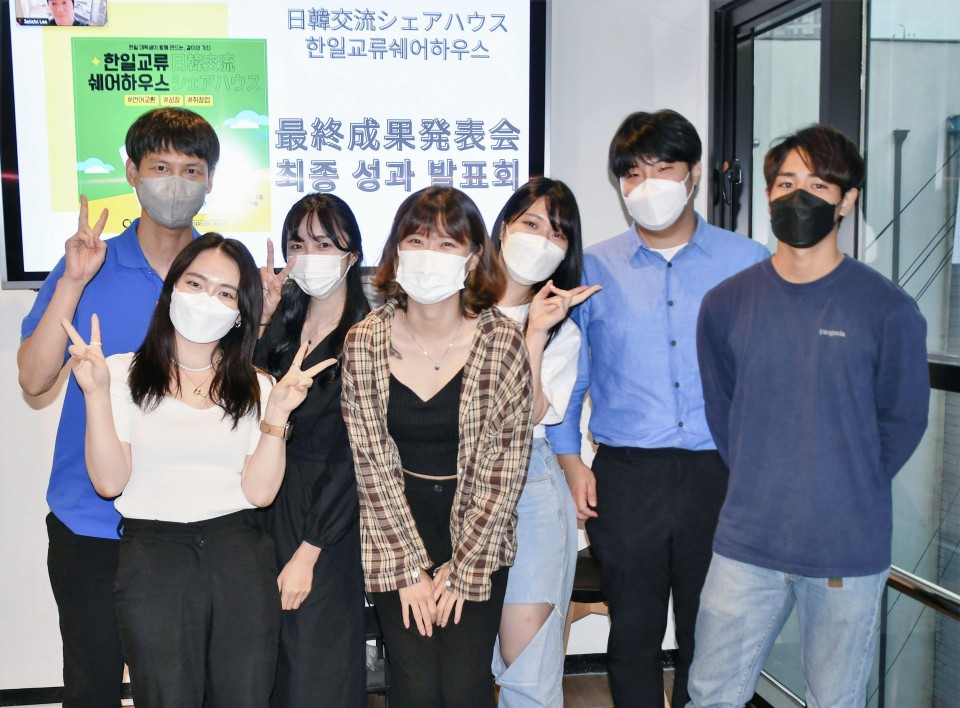 Shin, who attends Doshisha University in Kyoto, said the program offered participants an opportunity to bridge their perception gaps.

"Even if we couldn't fully understand each other, it became an opportunity to lessen our misunderstandings and the things we didn't know about each other. This was possible because we had a willingness to understand," said Shin.

Asuka Maki, a 21-year-old student from Hiroshima Prefecture who became affectionately known as the house "mother," is a social welfare major at Seoul Metropolitan University. She had been completely absorbed in her study abroad but had to switch to online classes due to the coronavirus pandemic.

While searching for opportunities to interact more with South Koreans, Maki discovered the share house.

"I was able to gain confidence (from my housemates) to try various activities in South Korea," said Maki, who while admitting that there is a limit to what can be done to improve relations between Japan and South Korea on a private level, said, "if there are more dynamic exchanges, I believe citizens' voices could someday impact politics. We want to make changes through our actions."

The other participants also shared the view that South Koreans and Japanese should not perceive each other through the narrow lens of their governments.

"I understand not liking the Japanese or South Korean governments, but I think it's wrong to criticize the people of our respective countries," said Yoshiki Goya, 21, from Okinawa Prefecture who studies business administration at South Korea's Yonsei University.

Park Eon Ri, a 25-year-old South Korean student, compared the two countries to a couple having a lovers' tiff. "At times they fight and at other times they get along well, and now seems to be the time that they fight."

"But the relationship will get better as more South Koreans become fond of Japanese culture, and more people come to think that Japan isn't the only one at fault," Park said.